Difference between revisions of "Eng:Backdrop" 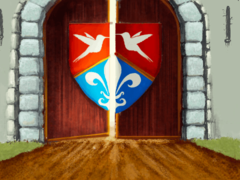 An example backdrop that comes with Scratch.

A backdrop is one out of possibly many frames, or backgrounds, of the Stage. It is located in the backdrops library. The Stage can change its look to any of its backdrops. They can be named, edited, created, and deleted, but the Stage must always have at least one backdrop; otherwise, the Stage would not have an image to resemble.

Scratch 2.0 has the following 7 blocks related to backdrops:

Retrieved from "https://test.scratch-wiki.info/w/index.php?title=Eng:Backdrop&oldid=25043"
Cookies help us deliver our services. By using our services, you agree to our use of cookies.
Categories: