This is a tutorial for modifying the Scratch JSON code.

Warning: Only change code if you consider yourself advanced with computers. Your project may break forever if you modify it incorrectly and do not know how to revert your code. A backup is recommended!
Projects made in Scratch 2.0 are stored in something called the JavaScript Object Notation (JSON).
You can modify this if needed. In this tutorial Windows 7 will be used.

This is a tutorial for modifying the Scratch JSON code on Windows32.

Your computer will also need to show file extensions for every file (you can do that here).

Create the project you want to modify in the Offline Editor. 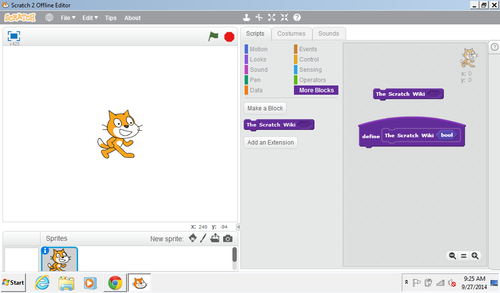 Save it to your Desktop. 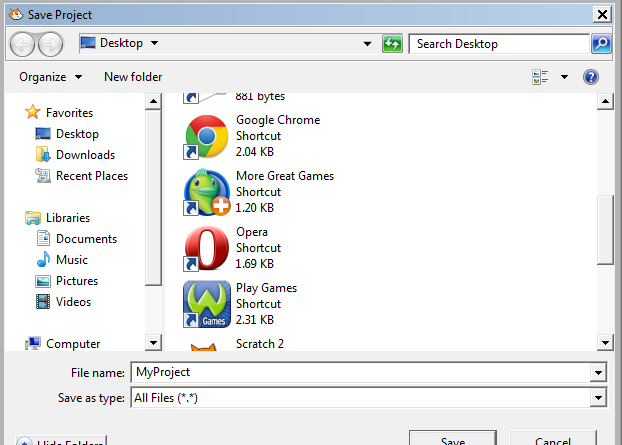 Now, make sure that you can see the file extension.

You will need to rename the extension.
If your project is named "MyProject.sb2", rename this to "MyProject.zip"
On Windows, you may get a warning that the program may no longer work properly if the extension is renamed. Accept this warning as we will rename the file back to .sb2 later.

Open the zip file.
You will see svg, png, and wav files with numbers. Those are the costumes and sounds for the project.
Open project.json with Notepad.
In this tutorial, we'll be changing the boolean to a string.
Search for your custom block. In this tutorial, the block is called "The Scratch Wiki".

Here is the finished result: 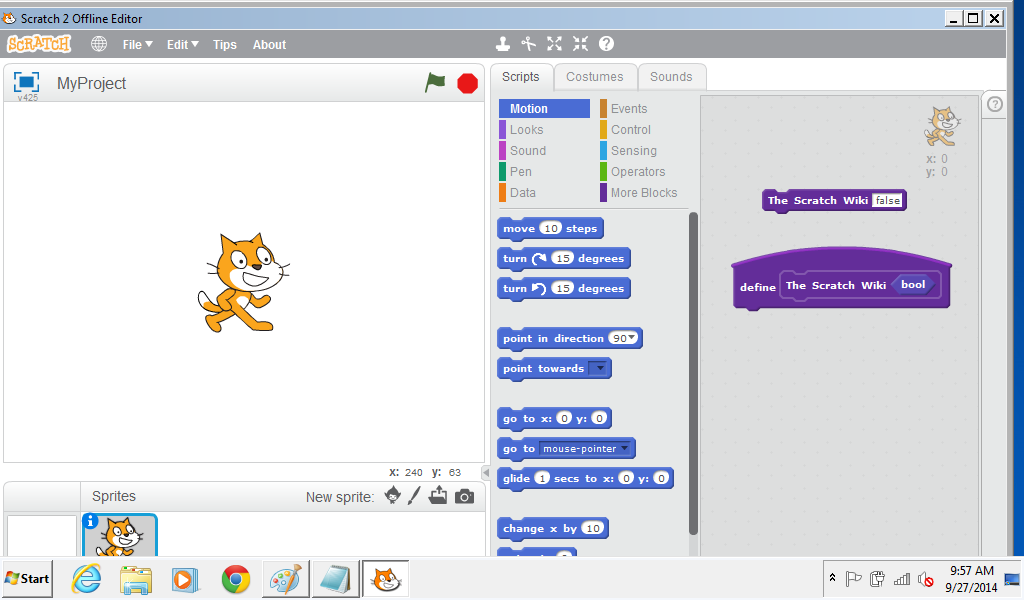 Create a project with two Custom Blocks placed down in the Scratch Editor.

Next, Save the Project.JSON file back into the .ZIP file. Open the Editor and click File » Upload From Your Computer and choose the .ZIP file. If a warning pops up click 'Yes'. Viola, here is the outcome: