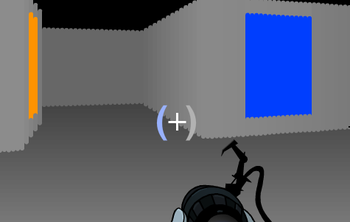 A 3D project made in Scratch.
File:3D Game.png
The rendering of a 3D landscape in a PC game from 2005. 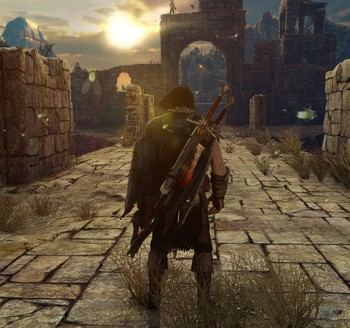 Three Dimensional or 3D can refer to "something having three dimensions e.g. width, length, and depth or x, y, and z."[1] Scratch does not provide tools for displaying, creating, or manipulating 3D graphics; however, Scratch does provide blocks for 2D (x,y) sprite movement, sprite resizing, pen drawing, math functions, lists and more. Many (if not all) 3D methods can be recreated with Scratch blocks.

When computers render graphics, mainly the graphics processing unit, rendering a 3D object, landscape, or environment takes a lot more processing power than a 2D environment. This is because 3D graphics take up space (not as in storage space but the geometric property) while a 2D environment takes up a plane. Space has depth, so the processor has to perform various algorithms to create the illusion of a 3D environment on a 2D screen. Due to these algorithms and larger objects needed to render, 3D projects on Scratch typically lag more than 2D games.

In addition, many 2D graphics are pre-rendered meaning the instructions for how to create the graphics were already carried out or pre-coded rather than the graphics card having to render the graphics anew. Rendering is the process of creating an array of coloured pixels based on a set of instructions, such as in Scratch's vector graphics. Displaying is taking what was rendered and sending it off to a monitor to be seen. Because 2D graphics are seen from one perspective, they can be pre-rendered as bitmap images, but 3D graphics can be viewed at thousands of different angles and must follow instructions for rendering the graphics. One of the common instruction engines used to render 3D graphics is DirectX, which is found on the Windows operating system. 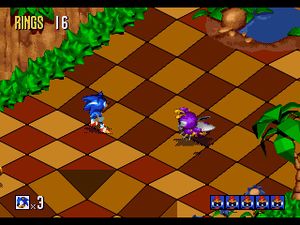 File:Shadow model.png
An example of a model, which is the Shadow the Hedgehog model taken from Sonic Generations

This method was used in early 3D games like Wolfenstein 3D to get fast, real-time performance out of slow computers.

3D projection allows projects to define an x,y,z location for a sprite, then place it on the screen. This method has been used to draw 3D objects using lists and the pen blocks. 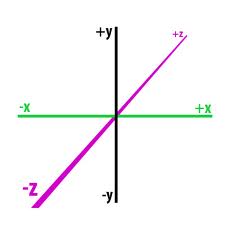 2.5D projects are projects which use 2D graphics in 3D-like environments. They are less laggier and easier to create then 3D projects. Methods include cloning, stamping, and mouse locating. This term also applies to projects in which use 3D models but use them in 2D way.[8]

Retrieved from "https://test.scratch-wiki.info/w/index.php?title=Eng:Three_Dimensional_Projects&oldid=9493"
Cookies help us deliver our services. By using our services, you agree to our use of cookies.
Categories: