Gobo is a sprite that comes with all installations of Scratch. Gobo was named by Scratch Team member Natalie Rusk.[1] It was drawn by Wing Ngan.[2] On February 14, 2011, the Scratch Team announced that Gobo was the ninth most common sprite used in projects uploaded to the Scratch Website (after buttonPressed).[3] It is unknown how commonly the sprite has been used more recently. 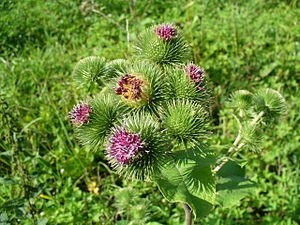 Gobo was named by Scratch Team member Natalie Rusk. According to Natalie, she got the idea from Gobo vegetable, also known as burdock root in English.[5]

A modified version of Gobo is used as the logo for the Scratch modification Build Your Own Blocks. It has a "tail" depicting the Greek lowercase letter lambda (λ), which, in computer science, represents the time window over which a process is observed for determining the working memory set for a digital computer's virtual memory management.

In a comment, if a user types _gobo_ it will create an emoji. The emoji appears as an image of Gobo. This image was introduced in Scratch 2.0, alongside _waffle_.

To use this emoji on the wiki, see Template:E.

Retrieved from "https://test.scratch-wiki.info/w/index.php?title=Eng:Gobo&oldid=16482"
Cookies help us deliver our services. By using our services, you agree to our use of cookies.
Category: