A collaboration, or collab for short, is a group of Scratchers who work together to make one or more projects. A collaboration may also sometimes be referred to as a "company",[1] coming from the idea that these groups of Scratchers exemplify a great amount of teamwork and dedication. Each Scratcher contributes his or her own talents to the benefit of other team members, very much like how a real company operates.[2] In the official Scratch Team Blog, andresmh has described collaborations as "[a] group of Scratchers that get together (virtually) to create collaborative projects",[1] and mentions how collaborations on Scratch are an "interesting phenomena" occurring in the Scratch Website. Many companies/collaborations have their own logo, studio, forum thread, and sometimes even a motto. 2010 has been called "the year of the companies" by some users due to many companies/collaborations forming, possibly due to the addition of the Collaboration Forum.[3][4]

Scratch 2.0 has many new capabilities which allow users to collaborate on projects more easily.[5]

A common structure of having all of the members share a single account is frowned upon and highly discouraged by the ST, and could lead to a block of that account.[6] Instead, it is recommended that the users remix existing projects by other members of the collaboration. The owner of the collaboration account can then put the final result on it.

Qualities of a Good Scratch Collaboration

Graphic Artists may design the sprites for projects. But they may also help with graphics for the collaboration and completing art orders for shop collaborations.

Sound Experts may deal with sound effects in Scratch projects or composing music for projects. Some band collaborations have different roles for sound experts such as drummers, composers, pianists and guitarists.

Ideas people may help with brainstorming and designing the game. Many collaborations allow all members to brainstorm but not all.

Testers help to test the current project and give feedback including bugs and areas for improvement.

Writers may write story lines for projects or for a writing based collaboration.

Standard Structure Similar to the hierarchy above.

Democratic Variant Similar to the hierarchy above, but members are allowed to vote on some decisions.

Community Variant This collaboration tends to be between a few friends on Scratch who have equal say in decisions about the collaboration.

Massive Variant This collaboration has many members. They usually have several layers of teams and departments with many levels to the hierarchy.

First Past The Post Also known as Winner Takes All and abbreviated FPTP. This is voting at its most simple. Essentially, the voters choose one candidate and the candidate with the most votes wins. It is quick, simple, and easy to organise. However, it allows a minority rule and causes a spoiler effect.

Alternative Voting Abbreviated to AV and also known as instant-runoff voting, this voting method is used to elect one candidate from many.

Alternative voting removes the spoiler effect and allows the candidate that the majority agree on to win. However, it is a more complicated process than FPTP.

Single Transferable Vote STV tries to achieve proportional voting and is used to elect multiple officials. Before the voting process, the number of elected officials must be decided to calculate the threshold. To work out the threshold, you can use different formulas:

Other Types of Collaborations

Not all collaborations are restricted to project creation — some groups decide to collaborate on other things, such as Scratch Modifications. Some collaborations try to give advice with Scratch, such as H4U (Help For You).

One thing a lot of band collaborations do is make colourful covers for their songs. Here are some examples:

Content ranges from articles about parts of Scratch,[12] game reviews,[13] and interviews with Scratchers.[14] Often members of these types of collaborations will either write new articles or edit existing articles. The finished project will usually contain buttons allowing one to skip from one article to the next. Some examples of newspaper collaborations' projects are:

Gray Bear Productions was founded by the users Forcemaster, Robin7, and Lanie in June 2008. As time went on, many more people joined. Although members were not assigned specific positions, they tended to find a type of task they enjoy most, such as art, music, or storyline, and develop that for each project the collaboration makes.

When deciding what projects to create, members all offered suggestions and then voted on which ones to use. With the new idea that was voted on, members got to work and create a long chain of remixes which built on each other to create a better project each time.

The latest project in its studio was made in October 2010 and the collab has been mysteriously inactive ever since.

Chrono Wars was a collaboration that aimed to make one full real-time strategy game.

The Chrono Wars collaboration was started in August 2010 by ScratchReallyROCKS. Initially, there was absolutely no idea of what the collaboration was going to make, and there was room for thirty participants to work in different groups. After much discussion, the game was decided to be a real-time strategy game with some unique features, and was named TimeCraft (this name was later changed to Chrono Wars). After weeks of small discussion, website problems, ideas and new participants, they finally decided to do the heavy work on the game in mid-2011, when they would all have more time to program.

The collab ground to a halt in late 2011 because the leader decided to quit. If it ever comes back, it is likely that the game will be programmed in another programming language.[15] 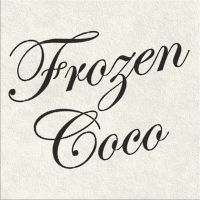 Frozen Coco was the first band formed on the Scratch Forums, a purely online collaboration between Scratch users DIY (Diyath Yavin), technoguyx (Bastián Núñez), hpotter134 (Matt Hambra), and jslomba (Luke Slomba). Both leaders, Yavin and Núñez, however, later agreed that it was in the best interest of the band that they discontinue releasing on Scratch, as the band planned to move onto better sites for sharing and popularising their music. This decision was formulated during the month of August in 2012.[16]

Since its inception in summer 2011, Frozen Coco released seven singles, an EP, and a full-length album.[17] The band was working on their second studio album before splitting up. An album title was never decided upon, but they stated that they planned to incorporate multiple instrument overdubs and several orchestral arrangements in the release, in contrast to their previous work. As of the formal split in December 2013, all production plans for the album were abandoned.

The Scratch Helper Mentoring Committee is a collaboration which works to help new scratchers gain experience with Scratch and its website. Mentors work with the new scratchers for one week to teach them all the aspects and allow the New Scratchers to ask any questions they have. The Program was founded by makethebrainhappy. Currently, one can join if they are a scratch team member, a scratch mentor, or a scratch helper. This collaboration is ongoing.

What Other Kind of Collaborations are there?

The Scratch Team released a remix of the Collab Challenge on August 1 of 2011, called the Collab Camp. Users had to work together to create interactive stories. It was successful the first year so they decided to do it again, but this time it was on February 12, 2012. Users had to create a music mashup.

In June of 2015, the Scratch Team did a collaboration with anyone that was interested on Scratch! People could remix this project, record themselves singing the "I'd like to teach the world to code" song, written by Scratch Team member Mres, add their own characters, and submit a link to their project here. Many people participated in this fun-filled event, and it was featured in some news articles.[18]The final project can be found here.

Retrieved from "https://test.scratch-wiki.info/w/index.php?title=Eng:Collaboration_(group)&oldid=24032"
Cookies help us deliver our services. By using our services, you agree to our use of cookies.
Category: